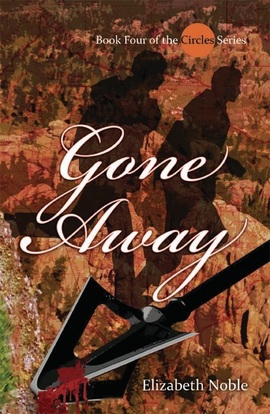 Cover Artist TL Bland
Mason Arquette is brusque and rubs people the wrong way more times than not. Riece Burrell doesn’t connect well with others, needs his routine and sees Mason for who he really is. When they met the sparks flew and love blossomed. Mason thought he’d met the guy he’d spend the rest of his life with until Riece abruptly ended their relationship.

Several years later Mason and Riece are thrown together once again. Riece takes a job as a US Forestry Service photographer and Mason, a park ranger, is assigned to guide him around the Black Hills of South Dakota and Wyoming. They’ve both regretted that their relationship ended and now they’re given a second chance at the love they shared.

Nothing is ever easy.

Just when Mason and Riece begin to work things out and come together again they find themselves the prey of people who hunt humans. In a desperate race for their lives they have to depend on one another like never before and that means taking a big step out of their personal comfort zones. Can they work together, survive and rekindle their love? 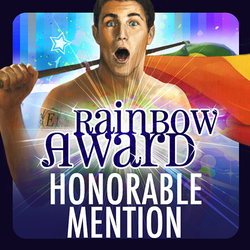 2016 Rainbow Awards Gay Romantic Suspense
I enjoyed this story. There were a few areas that I felt were a bit rushed towards the end, and the main characters of Reice and Mason could have been a bit more fleshed out in order to really extract more of an emotional reaction from the reader when they were in danger, but all in all, the story was still a great one. The descriptions given for every setting was brilliant, and even the sex scenes were hot and sensually stimulating. The author did an amazing job with this book, and I look forward to reading other books in this series soon.
Excerpt:

“We’ll deal, don’t worry. We still have phones, and I know this territory very well.” Mason grabbed Riece’s wrist again and spun him so he faced the side of the gully. “Up. Now, Riece,” he ordered and shoved Riece into motion.

Riece lost his footing after only a few feet and slipped downward. Trying to grab at the trees succeeded in doing nothing but scraping up his palms. He came to an abrupt stop against Mason. Gripping one of the trees Riece had tried to hang on to with one hand, Mason steadied them both. He put his other hand between Riece’s shoulder blades and pushed hard. “Go.”

Again Riece tried. This time he made it a few feet farther with Mason urging him on from behind and acting as a brace. He tripped and tried scrambling forward on hands and knees for a few feet before going face-first into the dirt.
Mason grabbed his arm and hauled him up almost at once. “It’s okay, it’s okay, it’s okay. Keep going.”
​
“Mason, I can’t—”

Without warning Mason spun Riece around and shook him. He pointed one finger at Riece and snarled, “You listen to me. ‘I can’t’ is no longer in your vocabulary. You can and you will because I love you and there is no fucking way I’m leaving you here or losing you. I will keep you safe and get you out, but you will not goddamn give up on me.” He gulped in a few deep breaths and ran one hand through his hair. “Riece, we can do this. Now move your ass.”

Riece wanted to make a quip about how sexy it was when Mason took control and got all macho like that, but he was too busy trying to keep his footing. He was sure they’d be found and shot in the back before reaching the top. The way down had looked precarious, though short. The way up seemed as if it was ten times the distance and a much steeper incline.

Finally Riece reached the top. Mason reached around him and grabbed a sapling with one hand and Riece’s arm with the other. He hauled both of them over the gully’s edge and onto more level ground. Riece flopped on his back, gasping, trying to get control of his shaking body and ragged breathing.
​
Mason grabbed Riece under his armpits and pulled him backward a few feet, then put one hand on Riece’s chest and pressed down gently. “Stay there, stay down.” He crouched beside Riece while he gazed at the gully below.

I've been fortunate to have received some very nice reader reviews on Amazon and Goodreads. Thank you to all my fans who take the time to post a few words about my books.
Powered by